Airbus-Boeing dispute - Not time yet for a political settlement? 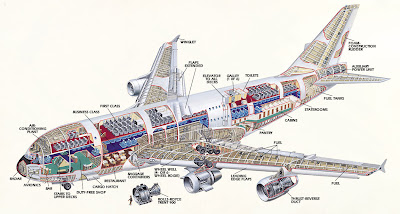 "Airbus had initially offered to assemble some commercial freighters in Mobile to sweeten a bid for a bitterly fought $35 billion refueling tanker contest it lost to Boeing last year.

The latest plan calls for a $600 million Alabama assembly plant dedicated to the A320 passenger jet that would start at four aircraft a month, one person familiar with the matter said.

It would be the second plant outside Europe for Airbus's most popular jet. The EADS unit produces 37 planes a month between France and Germany and 3 a month in China. By the end of this year it plans to reach 38 in Europe and 4 in China."

The NYT reported about the development here:


" Airbus, the European airplane maker, announced Monday that it would invest $600 million over the next five years to build an assembly line here for its popular A320 single-aisle jet — its first factory in the United States.

The move into the heart of Boeing’s home market is part of a long-term strategy by Airbus aimed at doubling its share of the world’s largest market for 150-seat airplanes, which includes Boeing’s top-selling 737.

“This is the right move at the right time and in the right place for Airbus,” said Fabrice Brégier, the new chief executive of Airbus. “With this step, we will be the only genuine global player in the aerospace industry.”

Signs that this would not lead to an atmosphere conducive for a political settlement (in terms of Boeing creating American jobs after it's alleged subsidies affected them) was evident in Boeing's response:

" Boeing, for its part, has dismissed claims by Airbus and Alabama officials of the plant’s economic impact, arguing that the numbers of new jobs that will be created “pale in comparison to the thousands of U.S. jobs destroyed by illegal subsidies” Airbus has received from European governments over the past three decades."

Not time yet for an "out of court" settlement? Is the battle between the two aircraft giants going to intensify? Their opposition to the EU ETS was the only rallying point. Competition from China may be another in a few years. but for now, the battle seems to be getting more intense.