Joint Interpretative statements - another tool in the ISDS saga?

Several years ago I had read the book by Lauge Skovgaard titled "Bounded Rationality and Economic Diplomacy" where he highlights how developing country governments underestimated the risks of bilateral investment treaties in the 1960s and 70s.I would recommend the book to all those on either side of the ISDS debate to read. 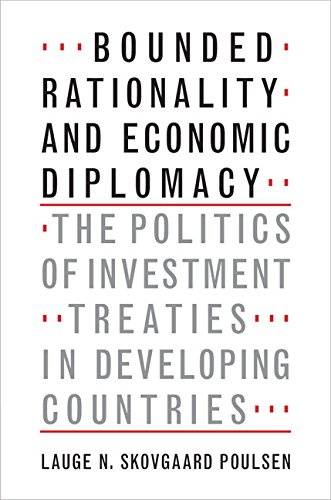 Much water has flown since then and there has been a major churning in the investment arbitration regime worldwide - both developing and developed countries are having a relook at their fundamental approaches to investment treaties as well as ISDS. Most of the approaches have tended to focus on how new treaties should be crafted and how state regulatory power must be balanced with investor rights. Some approaches like the Brazilian model have rejected ISDS completely. The EU approach is to soften the ISDS blow with an appellate mechanism. However, all these have a common trait - new treaty negotiations.

Lauge Skovgaard and George Gertz in this succinct paper titled "Reforming the investment treaty regime - A backward looking approach" ask the inevitable question - the new treaty approach does not take away the survival clauses in most of the existing treaties - which means the flaws in the current system is still available for investment claims for years to come. So while new approaches (like the model Indian BIT or the Brazilian CIFAs) chart out a path for the future, claims under existing treaties continue to be a threat.

They then suggest that the best way to tackle this threat is through the concept of join interpretative statements by treaty parties as to the scope and intent of the existing provision. This could clarify some of the existing ambiguity as well as provide some succour against unfair ISDS claims.

There is, however, a third option available to states, which could be a cheaper and quicker alternative – or at least a complement – to termination and renegotiation: the use of interpretative statements by governments. Under international law, states have the right to constrain how international adjudicators interpret treaties, including after the treaties have been ratified. The Vienna Convention on the Law of Treaties requires tribunals to take such statements into account, and in recent years a number of domestic courts have affirmed the status of interpretative statements as well. The effects are greatest when statements are made by both (or all) treaty parties. State interpretative statements provide a viable way for governments to bring their concerns, already clearly expressed when discussing new investment treaties, to the far more important world of existing treaties without going through the pains of terminations or renegotiations.

However, the road to joint interpretative statements are not easy for many reasons. First, there is not much experience in doing so post the treaty signing.Developing countries do not have much capacity to engage in treaty management - they do manage to sign of treaties but to engage as per the treaty terms on a continual basis is a serious capacity issue. Second, agreeing on a joint statement on FET or scope of investment or the right to regulate is not an easy affair. Third, what if joint statements "amend" the scope of the existing provisions - how wuld arbitral tribunals react?

However, the paper does bring out an important point - the need to explore this avenue, chart out a roadmap to engage on tthese lines as well as prepare a set of join interpretative statements that could see the light of the day.