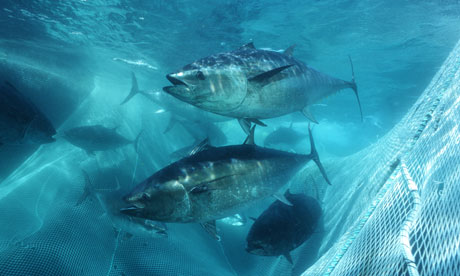 The Appellate Body (AB)decision in the Tuna case is out and is available on the WTO website here. It has already generated considerable debate in the press here and here as well as on premier international trade law blogs IELP and O'Neil Institute Trade Blog. The Eyes on Trade blog termed the ruling as a major blow to US consumer interests to make an informed choice. The AB reversed many aspects of the Panel decision and found that the US measure of "dolphin safe" labelling is inconsistent with Article 2.1 of the TBT Agreement as it accorded "less favourable treatment" to Tuna products from Mexico. It, however, reversed the Panel finding that the measure was inconsistent with Article 2.2 of the TBT on the grounds that the measure was not more trade-restrictive than necessary.

"2.1        Members shall ensure that in respect of technical regulations, products imported from the territory of any Member shall be accorded treatment no less favourable than that accorded to like products of national origin and to like products originating in any other country."

After a detailed analysis of the measure the AB held:

" 298. In the light of uncontested facts and factual findings made by the Panel, we consider that Mexico has established a prima facie case that the US "dolphin-safe" labelling provisions modify the conditions of competition in the US market to the detriment of Mexican tuna products and are not even-handed in the way in which they address the risks to dolphins arising from different fishing techniques in different areas of the ocean.  We consider further that the United States has not met its burden of rebutting this  prima facie case.  Since we are not persuaded that the Panel acted inconsistently with Article 11 of the DSU in reviewing the evidence and arguments before it, we accept the Panel's conclusions that the use of certain tuna fishing methods other than setting on dolphins "outside the ETP may produce and has produced significant levels of dolphin bycatch"and that "the US dolphin-safe provisions do not address observed mortality, and any resulting adverse effects on dolphin populations, for tuna not caught by setting on dolphins or high seas driftnet fishing outside the ETP." Thus, in our view, the United States has not justified as non-discriminatory under Article 2.1 the different requirements that it applies to tuna caught by setting on dolphins inside the ETP and tuna caught by other fishing methods outside the ETP for access to the US "dolphin-safe" label.  The United States has thus not demonstrated that the detrimental impact of the US measure on Mexican tuna products stems exclusively from a legitimate regulatory distinction.

Thus, though the measure does not specifically state that Mexican Tuna fish are subjected to the regulation, there is defacto discrimination. The measure impacts the competitive conditions for Mexico as well as being discriminatory since it has not considered the risks to Dolphins from other methods of fishing. Hence, a measure can be found to violate Article 2.1 of the TBT Agreement if it "in effect" is discriminatory and accords less favourable treatment even without specifically stating the origin of the product. This has implications of measures which overtly seem non-discriminatory but in practice, due to the reality of conditions, have a bearing on the competitive conditions of the country exporting.

The decision is in a series that have gone against the US at the WTO (COOL, Cloves Cigarettes being the other examples). What would the US reaction to this decision be?  The USTR website had no official reaction yet to the decision. Would it comply with the AB decision by modifying its measure and by removing the dolphin safe labelling? Would it risk non-compliance and face retaliatory measures from Mexico? What are the options before the US? Critics of the WTO would argue that it is yet another case of domestic policy choice being regulated by international law and a challenge to US national sovereignty. Others would argue that the rule based multilateral system had delivered yet again - of providing a rational, rule based interpretation to a long standing dispute.

It is important to understand the basis of the Appellate Body ruling. The Appellate Body accepted the US argument that it had a right to base access to the dolphin-safe label on certification that the tuna is caught without setting upon dolphins. Thus, it rejected one of Mexico's most dolphin-dangerous claims in the dispute. Where the Appellate Body faulted the US was for strictly enforcing the label with respect to tuna caught in the Eastern Tropical Pacific (ETP) but being lax about requiring certification, etc. where tuna was caught elsewhere. To implement the ruling, the US would not have to impose the IDENTICAL degree of strictness for the non-ETP tuna, since in general the risks to dolphins are less. But, in order to be even-handed and consistent with the WTO TBT Agreement, it would have to do more than it does now to check that non-ETP tuna is indeed "dolphin-friendly" as claimed by those seeking the label. Of course, that would actually be good for dolphins!

But there is a strong argument of principle for the US not implementing the ruling-Mexico brought this case to the WTO in flagrant violation of its obligations under NAFTA, which requires that this kind of environmental dispute between NAFTA parties be heard before a NAFTA tribunal, not in the WTO.

Thank you Prof.Howse for the enlightening comments. I reread the AB decision from para 228. Firstly, it states that the dolphin safe labelling measure modified the competitive conditions in the US market to the detriment of Tuna fish from Mexico.

Was this a discriminatory measure hence "less favourable" to fish from Mexico? In para 297 the AB observes:

Hence, in terms of compliance to this AB decision, would it be legitimate for the US to modify its dolphin safe labelling requirement for non ETP areas? Or could it bring fresh evidence/studies under Article 2.15 DSU to show that the risks to dolphins based on evidence are much less or non existent in non ETP areas and hence the ETP measure is non-discriminatory? Assuming that there was no ETP non-ETP distinction, would the measure be non-discriminatory? This would imply that domestic regulatory space does exist within the TBT as long as the measure is not perceived to be discriminatory or less favourable to certain countries. It would be interesting to see how the US implements this decision? Also, with the Cloves Cigarettes case, Boeing dispute and now this - would be a test for the multilateral systems compliance record!

P.S: I am glad my "comments" sections is working!

Dear Srikar, on the NAFTA issue take a look at Article 2005, paragraphs 1 and 4. It makes clear that any dispute " (a) concerning a measure adopted or maintained by a Party to protect its human, animal or plant life or health, or to protect its environment, and

(b) that raises factual issues concerning the environment, health, safety or conservation, including directly related scientific matters," must be taken to NAFTA not the WTO, where it arises under both Agreements, at the request of the responding party (and the US so requested).

I don't see why some group of states can't agree among themselves to choose a particular method to solve a dispute, which is different from that specified in a multilateral treaty to which they are parties, provided that they do not affect the rights of third states under the multilateral treaty, who are not privy to this special arrangement.

On the issue of implementation, the problem is that the AB's reasoning about the nature of the violation is rather general and cursory. Perhaps this reflects some differences of view among the Members of the division that decided the appeal, or within the AB as a whole. Hence, the logic of the AB's ruling on 2.1 is that the extent of the difference in regulatory burden between ETP and non-ETP tuna was not justified by the extent of the difference of conditions between ETP and non-ETP in terms of risk of dolphin mortality. So in theory the US could bring itself into conformity either by narrowing the difference of regulatory burden or if there were new or better evidence of the extent of the discrepancy in terms of risks to dolphins. The problem is that the AB to have been more precise would have had to dug into the facts much more deeply-had it done so it might well have seen that the US had made a reasonable regulatory cost-benefit trade off in the way in which it differentiated between ETP and non-ETP tuna in terms of certification for the label. In any case, what the AB is NOT saying is that IDENTICAL treatment of ETP and non-ETP tuna is required. This would contradict many cases on discrimination that indicate that there is not a requirement to provide identical treatment where different conditions prevail (S. 337,Shrimp/Turtle, Wheat, GSP). The issue is how much difference is regulatory burden is justifiable by what degree of difference of conditions. This is what should get clarified through the 21.5 proceedings, assuming the US (even given Mexico's NAFTA violation) decides to move toward implementation.